Understanding Critical Race Theory: Learn What It Is and How Americans Can Fight Back

To Watch A Complete Recording of This Class–Click Here

Critical race theory (CRT) is a descendent of critical theory (CT), a school of philosophy that began in Frankfurt, Germany, in the 1920s and 1930s at the University of Frankfurt’s Institute for Social Research. It became known as “the Frankfurt School” and was one of the first, if not the first, Western Marxist schools patterned after the Marx–Engels Institute in Moscow.

The Frankfurt School’s scholars fled to Columbia University’s Teachers College in New York in 1934 to escape persecution by the Nazis, and were careful to erase the word Marxism from their research papers so as not to attract attention in America. Critical theory was, from the start, an unremitting attack on Western institutions and norms in order to tear them down. 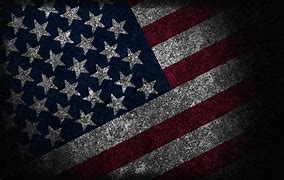 It next became a short step to critical legal theory in the late 1970s and 1980s. CLT built on critical theory’s idea that the world is based on systems of power and claims that American law is systemically oppressive. From there it was another short step to Critical Race Theory which further claimed that America is systemically racist, and that this racism produced an alliance between working-class whites and the oppressor capitalist class, which prevented working-class solidarity.

When followed to its logical conclusion, CRT is destructive and rejects the fundamental ideas on which our constitutional republic is based. Applying the philosophy would violate a multitude of American civil rights laws by treating people differently according to race. This presentation will dive into the history and origins of critical theory, critical legal theory and critical race theory, how Americans can identify it, and how we can fight back against this destructive ideology.

Stephanie Kreuz, who many of us know from her important work at Heritage Action will be joining Mike Gonzalez in his presentation.

From 7:05-7:25 Meet Isaac Adi, born in Nigeria.   Isaac is running for School Board in the Lakota District.  He will discuss The America he came to which was one that gave everyone an equal chance to succeed.  How all people should have a chance to take advantage of the opportunities that America offers to achieve the American Dream–and how it is different than the Country he came from. 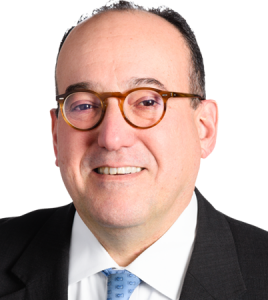 Mike Gonzalez is a Senior Fellow at The Heritage Foundation. He writes on Critical Race Theory, identity politics, diversity, multiculturalism, assimilation and nationalism, as well as foreign policy in general. He spent close to 20 years as a journalist, 15 of them reporting from Europe, Asia and Latin America. He left journalism to join the administration of President George W. Bush, where he was speechwriter for Securities and Exchange Commission Chairman Christopher Cox before moving on to the State Department’s European Bureau. He joined Heritage in March 2009.

Gonzalez is a widely experienced writer and public speaker, and holds a bachelor’s degree in communications from Boston’s Emerson College, and an MBA from Columbia Business School. He was a member of President Donald Trump’s “1776 Commission” and is the author of A Race for the Future: How Conservatives Can Break the Liberal Monopoly on Hispanic American (2014), The Plot to Change America: How Identity Politics is Dividing the Land of the Free (2020), and BLM: The Making of a New Marxist Revolution, which releases September 7, 2021.

Stephanie Kreuz–Stephanie Kreuz has been involved in public policy and political campaigns since 2005. Prior to joining the Heritage Action team she worked in the legal field, and wrote for WatchdogWire, a project of the Franklin Center for Government and Public Integrity. She also previously interned for the Mackinac Center for Public Policy in Midland, Michigan in education policy. Stephanie graduated with a Bachelor of Arts from Hillsdale College in 2012, with a major in Politics and a minor in Latin. She grew up near Toledo, OH and currently resides in Cincinnati. 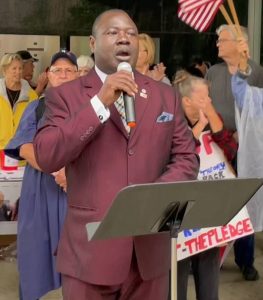 Isaac Adi– is running for the Lakota School Board. He is a very proud US citizen. He came to America from Nigeria over 18 years ago to provide my family with the opportunities in America that did not exist in his country.
The America Isaac came to was one that gave everyone an equal chance to succeed. Isaac believes if you take advantage of the opportunities and work hard you will fulfill your dream.
His family has taken advantage of the opportunities America offers by getting a strong education and working hard. America is a country that rewards those who are prepared, and are willing to work every day to achieve their own American dream. In America, we are all given the chance to achieve our dream.  While Isaac loves his country of birth, he also love the country he chose so many years ago, America. His family and he are examples of what can happen if you get a good education and work hard every day to achieve your American dream. Isaac has a Business Administration graduate of Ahmadu Bello University in Zaria, Nigeria and has received a Master’s in Science from Colorado Technical University in Colorado Springs, CO. He is a managing partner of Ohio based KGN Petroleum and a member of the Ohio Oil & Gas Association. https://www.isaacadi.com/on-the-issues