Take 20: Americans For Prosperity on Healthcare

There isn’t a day that you turn on the news that you don’t hear about crime whether it is in your own community or someone else’s.  Hamilton County has been fortunate to have a Prosecuting Attorney with the experience of Joe Deters, who has always been tough on crime.  At a time where it seems like all of the focus is on helping criminals, Prosecutor Deters has remained focused on protecting the rights of victims. 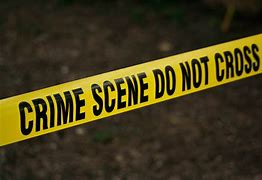 Prosecutor Deters will talk about Ohio Issue #1 that will be on the November ballot, explaining the importance of this issue for the safety of everyone in Ohio.  He will cover the challenges law enforcement is facing today, and what needs to be done to change the direction of rising crime.  Even if you don’t live in Hamilton County, this is an issue that affects people across the country – and Ohio has the opportunity to do something to stop it.   Prosecutor Deters will be joining us from 7:30-8:30 PM.

Personal or Public Option?  Every year Americans list Health Care as an issue they are most concerned about.  While many are satisfied with their own care, they believe the system needs repair.    Learn about the alternative from Ezra Escudero of Americans for Prosperity, see what is different between the two, and become empowered to make an informed decision on this most critical and costly issue.  Become familiar with the areas this option will address, and why they were chosen.

Areas to address – This is not an all-inclusive list but highlights a few areas of concern and visions on how to improve.  Insurance at an affordable price; access to the latest lifesaving drugs and treatments;  ability to choose your doctor; knowledge of cost of service before bill is rendered; right to try experimental drugs and treatments; and safety nets for the most vulnerable.

Visions of how to improve:  Expand health-savings accounts; strengthen Health Reimbursement Accounts; promote telehealth, repeal certificate-of-needs law, allow nurses to  deliver the care they are trained for and allow both doctors and nurses to practice across state lines, speed up FDA drug approvals, and remove barriers to diagnostic health.

Ezra will expand on the benefits of the “Personal Option” and discuss whom to contact to share your concerns and how to become involved in this most critical and timely issue.  American’s for Prosperity will be joining us from 7:10-7:30 PM.

Prosecutor Joe Deters began his legal career in 1982 working as an Assistant Prosecuting Attorney in Hamilton County’s Juvenile, Municipal, and Common Pleas Courts.  In 1988, after six years as an Assistant Prosecutor, Joe was elected as Clerk of Courts for Hamilton County.  While in this position Joe honed his skills as the manager of a large office and gained the respect of other officeholders and the community.

In 1992, Joe returned to the Hamilton County Prosecutor’s Office after being appointed, and later that year, elected Prosecuting Attorney.   Through his tireless efforts prosecuting tough cases, Joe garnered a reputation as a no-nonsense prosecutor of violent crime and became a key figure in making Hamilton County safer.  Joe never lost sight of the victims in cases he prosecuted and he knew more needed to be done to help victims navigate the legal system.  He created Hamilton County’s first ever Victim/Witness Advocate Program, giving victims of violent crime and their families the assistance they needed and deserved as they navigated the criminal justice system. Joe was subsequently re-elected in 1996 and continued to vigorously pursue his goal of making Hamilton County a safer place to live and work.

In 1999, Joe was sworn in as Ohio’s 44th Treasurer of State where he was responsible for collecting, managing and investing more than $11 billion in assets for the State of Ohio.  In the fall of 2004, Joe returned to Hamilton County to once again run for Prosecuting Attorney. He was elected with nearly 60% of the vote. He was subsequently reelected in 2008, 2012, 2016, and 2020.

As Hamilton County’s longest serving Prosecuting Attorney (1992-1999 and 2005-present), Joe currently oversees and manages an office of more than 170 employees which includes assistant prosecuting attorneys and support staff in both our Criminal and Civil Divisions.  The office prosecutes felony and misdemeanor crimes committed by adults and all offenses committed by juveniles. The office also serves as the legal counsel for all county officials, county agencies, and various county boards. 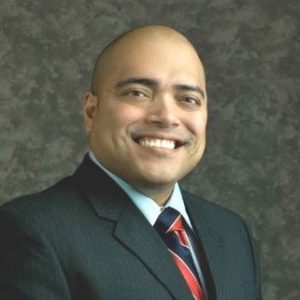 Mr. Ezra C. Escudero is an Ohio native of Mexican heritage who has earned a reputation for successful leadership in technology, entrepreneurship, philanthropy and public policy.  While at The Ohio State University in the 1990’s, Ezra was an active International Studies student and a member of Alpha Psi Lambda, Romophos & Sphinx honor societies, and the OSU Speech & Debate team. Since graduating in 1996, he has worked in the tech industry, published a bilingual Spanish-English newspaper, and served in state government during the Taft, Strickland, and Kasich administrations. Today, Ezra serves as Coalitions Director with Americans for Prosperity in Ohio, and resides with wife Beth in Gahanna, close to family and friends.