Required Reading #1:  TikTok is for Freaks-Get Your Kids Off it-by Candace Owens

Required Reading Against #178:  Ohio Activist Tom Zawitowski, We The People

Kirsten Hill, an outgoing member of the State Board of Education will join us at the beginning of our class from 7:10-7:45.   Kirsten, will discuss Senate Bill 178 which is currently being considered that would put the Ohio Department of Education under a cabinet-level official in the governor’s office and rename the agency the Department of Education and Workforce–DEW.  A cabinet official, chosen by the Governor, would oversee the department, a task currently held by the state school board. The department would have two divisions: one for primary and secondary education and one for workforce training. 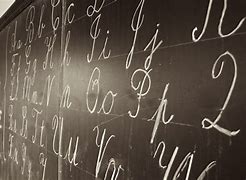 Currently, the  19-member state school board, made up of 11 elected members and eight members appointed by the governor, would continue to exist, but it would be stripped of most of its duties. It would oversee educator licensing, and possibly discipline and select the superintendent of public instruction. who would be an advisor to the DEW leader in the governor’s office.

According to Governor DeWine,  “I think what the public expects is accountability. And it’s hard to have accountability under our current system with joint control.”   The Education Committee’s committee chair, Sen. Andrew Brenner, a Delaware County Republican, said the new department would likely begin in 2025.  Brenner said he’s frustrated with the Ohio State Board of Education because it is not holding the Education Department accountable. The state board has been beset with infighting and Ohio hasn’t had a permanent superintendent of public instruction for nearly 15 months*.

What do you think of the Governor and Ohio Senate’s Direction for Ohio Education?   What will happen if the Governor’s office transitions to a Democrat–will any progress be totally flipped or changed?  Kirsten will give us her analysis and also give a few suggested bullet points for more effective change.   Kirsten Hill will be with us from 7:10-7:45. 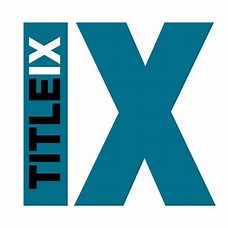 From 7:45-8:30 PM Brendan Shea will join us.   Brendan is also a State Board of Education member.  He will give us his thoughts about the Governor’s proposed change but mostly he will be with us to discuss Title IX and the Federal Impact of our Government on Ohio Schools.   Brendan Shea recently introduced a four-page resolution State Board of Education that opposes the Biden Administration’s expansion to Title IX.  Title IX is a federal law that has banned discrimination based on sex in school since 1972. On June 23, the U.S. Board of Education proposed an expansion to Title IX to include protection for students who face discrimination based on sexual orientation or gender identity.

Shea’s resolution would stop transgender students from using the bathroom and locker room of the gender they identify with. It would also stop them from being allowed to try out the sports teams that reflect their gender identity.  Shea said the U.S. Department of Education’s changes would “require sports teams to be based on gender identity rather than biological sex, forcing biological women and girls to compete on an unfair basis against biological males for athletic opportunities and scholarships.”

Critics of Shea’s resolution say that the state could lose federal education funds if they are found in violation of Title IX.   The Board of Education has heard testimony from a large number of people about this subject and sent the resolution to an Executive Committee for consideration.   The resolution is due for a vote at this month’s meeting.

Hear from Brendan about Title IX in Ohio from 7:45-8:30 PM.  Learn from him about the coercion taking place by the Federal Government on our local schools and what might happen to Ohio students if we don’t take a stand now.  There will be time for your questions.

*Some information taken from Cleveland.com

Kirsten Hill- Kirsten is an elected member of the Ohio Board of Education since January 2019. She is chairman of Totally Engaged Americans, a community group of conservatives, in Lorain County. It was founded in 2009 and meets monthly. She also helps lead Free Ohio Now, which was founded in 2020 in reaction to government tyranny and Ohio Freedom Action Network founded in late 2021 to support local group leaders.

Kirsten and her husband, Andy, operated her family’s year-round farm market in Lorain County for 25 years. She also ran a seasonal farm-tour business, hosting families and preschool through elementary classes for many years. She has two children, a software developer and a physician. Prior to being a small business owner, she worked as a certified public accountant in Cleveland and in Ann Arbor, Michigan.

Kirsten was on the Amherst Schools Education Foundation board for 20 years and on the Amherst Township Board of Zoning Appeals for 15 years, most of them as chairman. Kirsten has a degree in accounting and a master’s degree in business administration.

Brendan Shea- Brendan was elected to the State Board of Education by the people of the 10th District in November 2020. The 10th District includes Adams, Brown, Clark, Clermont, Clinton, Fayette, Gallia, Greene, Highland, Jackson, Lawrence, Madison, Pike, Ross, Scioto and the western portions of Pickaway and Vinton counties.

Hailing from a large family of educators, Brendan believes deeply in the life-changing power of education. He believes education should focus on the good, the true and the beautiful and that children must learn to think critically and develop wisdom and virtue, allowing them to achieve their God-given potential and to become engaged citizens and productive members of society.

As the father of five young children, Brendan knows firsthand the unique challenges families face in raising and educating their children today. He believes parents are the first and primary educators of their children, and he will be a strong voice for both parents and children on the Board.