“Ours may become the first civilization destroyed...by the ignorance of our teachers and the dangerous nonsense they are teaching our children”—Thomas Sowell

Thomas Sowell is one of the great social theorists of our age.   In a career spanning more than a half century, few scholars have matched his range and accessibility.   He has written more than forty-five books, covering topics from economic history and social inequality to political philosophy and race.  In all his work, Sowell would strive to prove that “facts and evidence matter.” 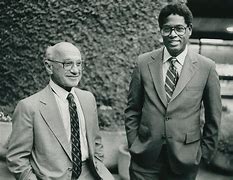 Sowell’s bold and unsentimental assaults on liberal orthodoxy have endeared him to so many but enraged most of his fellow intellectuals and civil-rights establishment and many in the media.  As a result, critics with political correctness and wokeness have demeaned or ignored his important contributions.

“Racism is not dead, but it is on life support—kept alive by politicians, race hustlers, and people who get a sense of superiority by denouncing others as racists.” 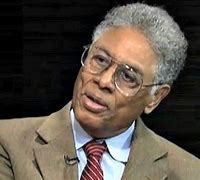 Tonight, you will learn about the life of the great economist Thomas Sowell, originally a Marxist, who became a student of Milton Friedman’s at the University of Chicago.   Was Sowell’s teaching similar to Friedman’s or different?  Sowell talked frequently about higher education that often meant the lowering of expectations for blacks and minorities.  He challenged his students and rejected the idea that you help minority progress by holding them to lower standards. 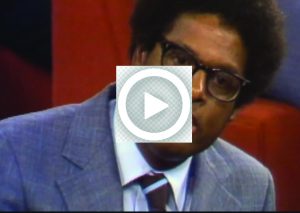 To Preview This Class–Click Here

Although 2/3 of his writing was on subjects other than race, he started weighing in on racial controversies out of frustration at the direction of public discussion.  Sowell, when discussing universities passing over White and Asian students for students that fit a specific skin color, Sowell said:,

“What sort of grotesque situations have we talked ourselves into when a promised pre-med student is passed over in favor of a ‘high risk’ student?”   — Thomas Sowell

Dan looks forward to discussing Thomas Sowell’s work through his own words and video and tonight his life will be presented in a way you may not know.  Be prepared to examine your own thoughts and feelings on the important issues of our day.    Dan will speak from 7:15-8:30 PM.

“If you believe in equal rights, then what do “women’s rights”, “gay rights”, etc. mean?   Either they are redundant or they are violations of the principle of equal rights for all”–Thomas Sowell.

At the start of the night meet Cherise Wilson a leader from the Black Republican Renaissance (BRR) Group for a few minutes.  Their organization seeks to consult with politicians/candidates on how to successfully do outreach to urban, black communities.  They also host content that challenges main stream media views on conservative/republican leaning people of different backgrounds.

After Cherise, Hear from Dawson Smith on the Forest Hills Board of Education Election.

Dawson Smith will be presenting his personal observations and opinions on factors that contributed to the successful election of four (4) conservative and Republican Party endorsed candidates to the Forest Hills School District (FHSD) Board of Education
(BOE). The FHSD includes Anderson Township, and Newtown Village.

Dawson attributes this achievement to good and hard working BOE candidates; a
dedicated policy team; and superior ground game teams. All of whom worked
synergistically to help educate a significant number of FHSD citizens, parents, and
property tax paying voters to issues involving the outgoing and past BOE’s, and the top
level FHSD administration.   Dawson will speak from 6:55-7:15 PM.

Dan Regenold: Dan first became active in Government in 2003 when he became involved fighting Eminent Domain and helping stop it in Evendale and in Norwood, Ohio. In 2006, he was one of the founders of WeDemandAVote.com which successfully fought and stopped, by ballot initiative, a sales tax increase in Hamilton County, Ohio. Later WeDemand stopped Red Light Cameras in Hamilton County.

Regenold spoke at the CPAC Convention in 2008 to discuss major Grassroots initiative actions across the United States.   In 2009, Dan was unsuccessful in his efforts to bring accountability to the Federal Government’s finances with a citizen lead initiative WeDemandABalancedBudget.com.  In 2010 Regenold was one of three leaders of the initiative to End Ohio’s Estate Tax which happened in 2011. The Tax Foundation called the repeal of Ohio Estate Tax one of the most important Tax accomplishments of 2011. In 2011 Regenold founded EmpowerUAmerica.org (starting it’s 24th semester in Fall 2022), a Free University offered in the Greater Cincinnati area with the goal of “empowering” citizens.

In 2014, Regenold was one of the leaders of the effort to separate Music Hall from a County Wide Sales Tax which helped the Museum Center renovation get passed by the voters of Hamilton County.   Dan has recently concentrated his efforts on the mess of Public Education in Ohio and specifically on topics like School Choice and Critical Race Theory.   Dan is a lover of Liberty and enjoys speaking to EmpowerU classes about subjects he is passionate about.  Recently he has discussed:  Milton Friedman, Saul Alinsky, Net Neutrality, D-Day, The Deficit, How to Destroy America in America, Public Education, Winston Churchill and President Theodore Roosevelt at EmpowerU Classes.   Regenold is founder and Chairman of FrameUSA.com, a Made-In-America picture frame manufacturing company in Springdale, Ohio.

Dawson Smith is a 32-year resident of Anderson Township. Each of his two sons went through FHSD elementary (Wilson), middle (Nagel), and high schools (Turpin). They continued their academic education and graduated from the University of Utah (’12), and the US
Air Force Academy (’13) respectively. And presently have ongoing and successful business and military careers.

Dawson has attended Candidate and Campaign Management programs, conducted by the Ohio State Republican Party, and several Political Action Committee groups. He has
also attended the regional US Constitution Boot Camp, and the on-line Hillsdale College courses on the US Constitution, and other subjects.

Prior to his retirement in 2016, Dawson earned and executed Senior Manager roles in a world-class high tech medical device company (presently Terumo Blood and Cell Technologies- Lakewood, CO). During his 40 years with the Company, he was a
recognized individual contributor, and leader of talented engineering, operations, and marketing/sales colleagues and teams. Which helped the Company grow from zero
sales in 1982, to approximately one billion dollars in annual worldwide sales, and industry leading market share, and profitability, by 2016.

Dawson also worked as an Industrial Engineer in the semiconductor industry (Motorola Semiconductor- Phoenix, AZ). and, during the Vietnam and Cold War eras (LTV
Aerospace- Dallas, TX), and for the Top Secret US government contractor (Mason and Hanger- Amarillo, TX). Which managed the final assembly, and maintenance of the US arsenal of thermonuclear weapons.

Dawson is an active member of Horizon Community Church in Newtown; continues his 53 years of dedicated and continuous multi-sport triathlon fitness training; and self
manages a portfolio of family investments.